skip to main | skip to sidebar

It is not necessary that everything the West does is according to logic. The biggest proof that it is the invention of the west are the song words without which this function is not complete viz. 'Happy birthday to you.' No one says, 'Happy birthday celebration' or 'Happy Blessed birthday' or any other words of this kind. This disease of celebrating birthdays was never prevalent among Muslims before, but since Muslims started living alongside the non-Muslims, they have been influenced by them.

During a birthday celebration, candles are lit on a cake, amounting to the years of the one's life. He extinguishes these candles by blowing them out and all present clap their hands. Hands are clapped at two occasions only, one at the time of joy for some achievement of his. Secondly, when someone acts foolishly, then to mock at him. Here a person is extinguishing the rays of the years of his life by blowing them out himself. Then this is no happiness, nor is it any achievement. So the clapping of hands is only for mocking at this person's stupidity. Ponder that this is a custom and sign of non-believers. When it is someone's birthday, one year of his life has decreased, and not increased.

This world is a field to work for the hereafter. Rasulullah (Sallallaahu Ãlayhi Wasallam)'s Ummah has been sent in this world for a very great object. The example of this world is like a king who sends a few people into his treasure room saying that shortly he will send them out, so at that time whatever they will be possessing will be their property.

Inside the treasure room, on one side there are heaps of gold and silver, on another side are lying pearls and jewels, then at another place in the room, delicious food and soft beds are arranged. Now some people think that the king may send them out any minute. They quickly gather the gold, silver, pearls and gems. They feel they will go out from there and organise the food and beds for themselves afterwards.

There is another group of people who think that they have just arrived. They feel, 'Let us enjoy the food, then lay down to rest. After that we will take from the treasures. There is ample time.' So they eat, sleep and pass their valuable time without taking from the treasures. Suddenly the king sends everyone out. Now those who had collected the valuables can enjoy their lives eating and sleeping while those that wasted their time and did not accumulate anything will begin to regret.

Every moment of this worldly life is very valuable. Here we have to earn for the long and everlasting life of the hereafter. Rasulullah (Sallallaahu Ãlayhi Wasallam) has said that after entering into Jannat, the people of Jannat will not be sorry about anything of this world, except for that moment which was spent without the remembrance of Allah. It is apparent that when reward will be granted for remembrance of Allah in this world which is an abode of actions, then one must surely feel very regretful, that if they should have spent more time in the remembrance of Allah, they could be worthy of more rewards.

Hafiz Zain Siqti asked Hafiz Jurjani the reason for swallowing dry flour to which he replied that when he compared the time of swallowing dry flour and chewing roti then, in chewing so much time is spent in which say 70 times Subhanalla can be uttered. Therefore he left eating roti for the last 40 years.

How can it be permissible to waste time by celebrating birthdays and becoming happy that a big slice of one's life is put behind? This world is a prison for the believer and a Jannat for the disbeliever. Allah has bought the life and wealth of the believers for Jannat. This life is a trust of Allah by us. Rasulullah (Sallallaahu Ãlayhi Wasallam) said, 'A person will not be able to move from his place, until he does not reply to five questions:

A person who is concerned of replying to these questions, how can he show happiness upon the years of his life decreasing? Besides all this, Islam does not permit waste. This is the reason that the poor of this Ummat will enter Jannat 500 years before the wealthy, because the wealthy will be delayed by giving an account of their wealth. By spending on birthday parties, there is no benefit to Islam nor to the poor.

It is stated in a Hadith the worst Walima feast is the one in which the poor and destitute are left out and the wealthy are only invited. Another object of the birthday parties is show. Islam encourages simplicity. By this attitude of show, the poor feel inferior and deprived and the rich have a superiority complex. Also, in these gatherings, music, singing, video filming and the taking of photographs and other un-Islamic and forbidden acts take place. May Allah TaÃla guide us and protect us from all these evils.
Amin.... 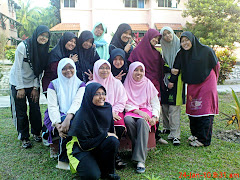 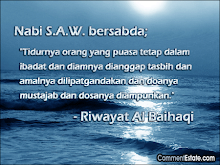 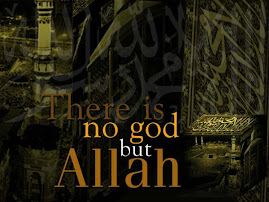 In a Hadith, Nabi (Sallallaahu Alayhi Wasallam) mentions, 'Verily Halaal is clear, and verily Haraam is clear. And between them there are certain doubtful matters many people are unaware of, therefore, who stays away from doubtful matters he has protected his Deen and honour. And who gets involved in doubtful matters, he would fall into Haraam.' (Bukhari; Muslim)